A spotlight on finding one’s political voice, advocating for those unheard. Taking notes from voices that do more than talk the talk on how to bend (or mend) existing systems and structures to accommodate new ideas. How can we move not just hearts and minds but also legal frameworks, securing access and realizing new political pathways?

Thanks for having me. I’m Colombe the co-founder of Atlas, a global political progressive movement working for a free and equitable future. We mobilize people across the world, with more than 20,000 supporters in 130 countries working to build a global progressive front. We are campaigning for access to vaccines, a global approach to the climate crisis, for democracies to unite forces in standing against authoritarianism and protecting freedom fighters, and more. As such, it’s an honour to be here today and hear from Sviatlana Tsikhanouskaya, and Franak Viacorka.

Before jumping into the million-dollar question of how to change the world & find your voice doing it, let me quickly tell you why I think we need to reshape politics and its structure.

We live in a world in which issues like COVID-19, climate change, nuclear proliferation, human rights or fiscal justice are unsolved and undealt with. We live in a world where the citizens of Hong Kong, of Belarus, of Venezuela, are denied their fundamental rights, look to the outside world for support, and are met with statements of support and a few sanctions. We live in a world where tragedies that could and should be avoided like Afghanistan happen. We live in a globalized world, one where we have access to a huge amount of information all the time, everywhere, but where our actions rarely cross nation-states. We need a global approach to deal with problems. We need to reshape politics: not just by making it more inclusive and making waves, but by changing the entire system. By revolutionizing it. By creating a global system of governance that truly represents all the people of this planet, that can deal systematically with issues that go beyond borders, so that we can move forward as one. 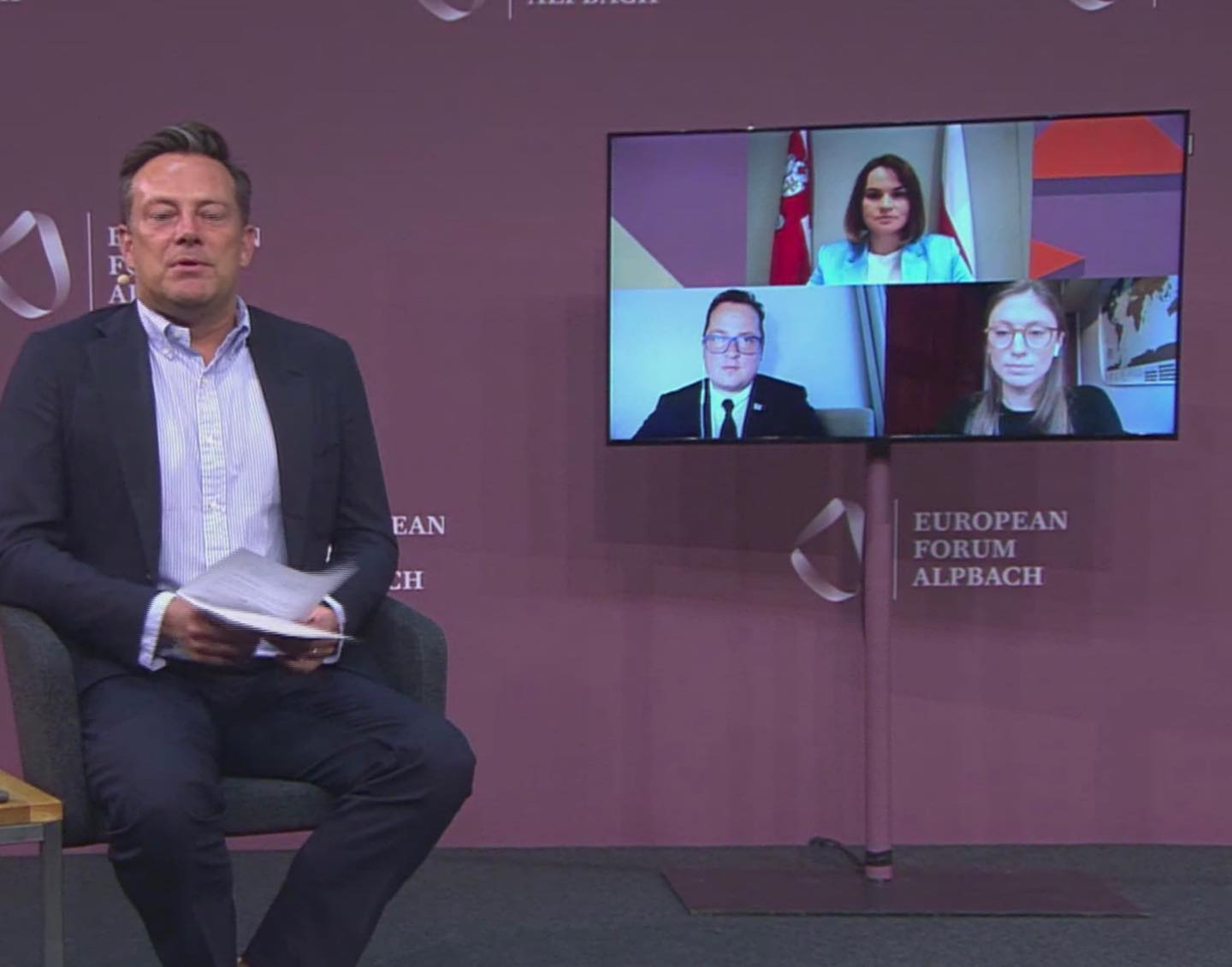 Ok so that’s the dream. How do we get there? I’m a grassroots organizer, so my answer will be from this angle. I try to apply a 3 step approach: think, unite and leap forward.

So that’s my proposal. To reshape politics, I'm lucky to be learning from people from all over the world and try to Think globally, unite across borders, and leap forward to make the world work as one! That’s The way I’m trying to go about it. But look, we are talking about changing the way the world works and finding your voice in it. There is no right answer: the only wrong one is doing nothing. I’m often asked: do you actually believe you stand a chance? I think it might be one of the ways forward that needs to be pushed.

Something I learnt in the last few years is that pushing for change and reshaping the world must come from a lot of different angles, at the same time, and that not one person or movement can or should do it all. There is not one right way. I’ve been looking back at the women’s rights movements through history to try to learn lessons on how to use grassroots power to make the world a better place. Something became increasingly clear to me that you must accept that without the grassroots rebels, the ones going about it through legal challenges, the politically savvy ones or those trying to pass as acceptable, we would not have the right to vote today.  Some were denounced later as extremists, others cast out because they collaborated with men, but all were needed to advance the fight, although not all were recognized for it. What i mean by this is to reshape politics, to reshape the world, you need incredible leaders that have a strong voice like Svetlana Tsikhanouskaya, you need activists on the ground that will engage differently and that you may not agree with, you need movements working on specific topics and multi issues one, you need legal challenges, you need great advisors like Franak Viacorka, you need people working with the establishment that might make you uncomfortable, you need it all.

I chose my path to create a movement pushing forth a progressive front, pushing for us to work as one, as the one thing I learnt how to do is mobilize people and build bridges. My question to the audience is: which one will be yours? None is not an answer. 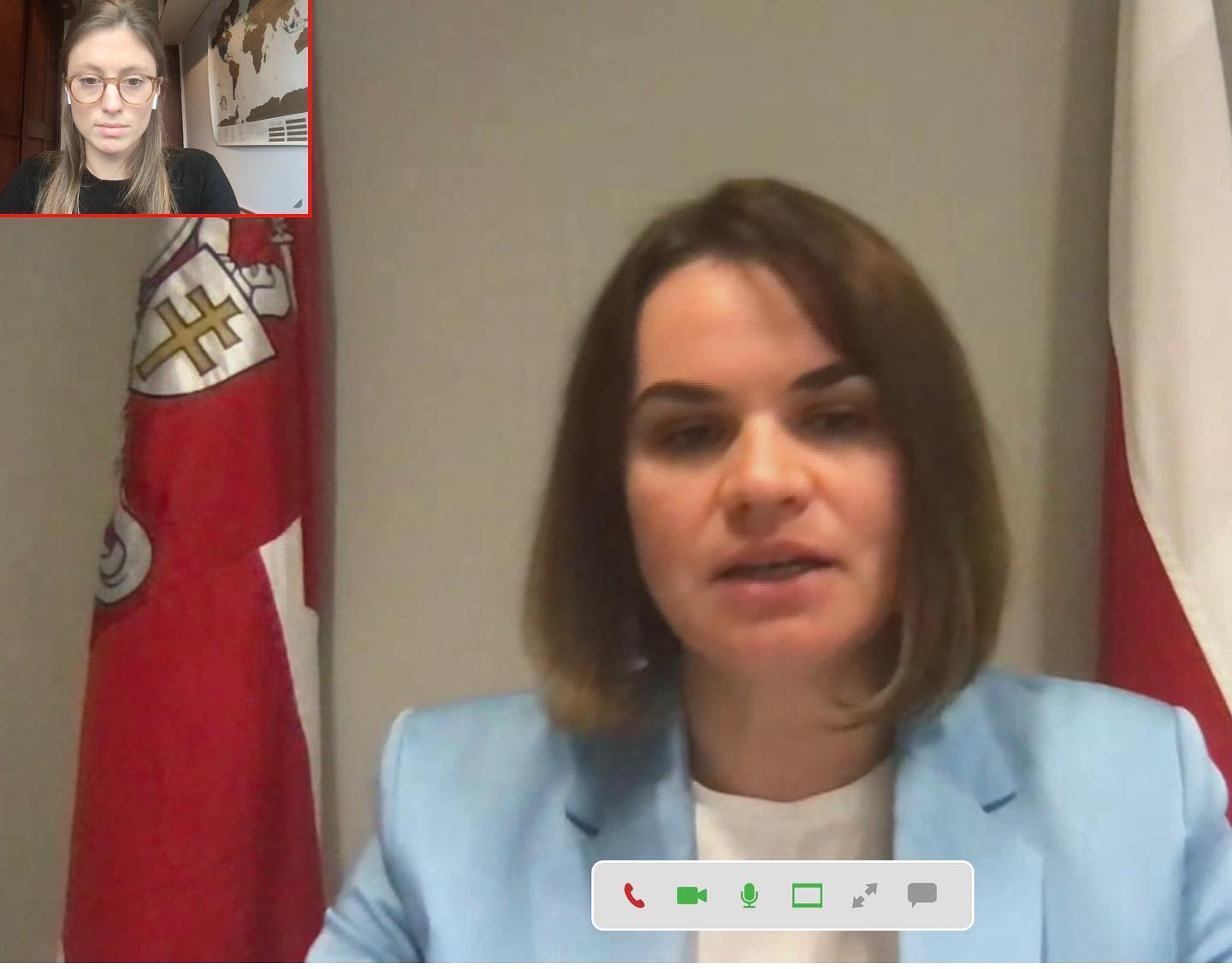