To represent Atlas, Andrea &  I went to COP 26 for one day. Here’s a recap of what COP is, why it matters, and some key takeaways:

In 1992, the United Nations Framework Convention on Climate Change compelled every country on earth to “avoid dangerous climate change”. There weren't a lot of details on how to do so, but since then countries met every year to “try” to do just that.

Yes, our survival depends on it. This year, the aim is to keep the increase of temperature to 1.5C.

You can read more about it here

So why did we go?

However, there are a lot of absurdities happening around this climate conference. 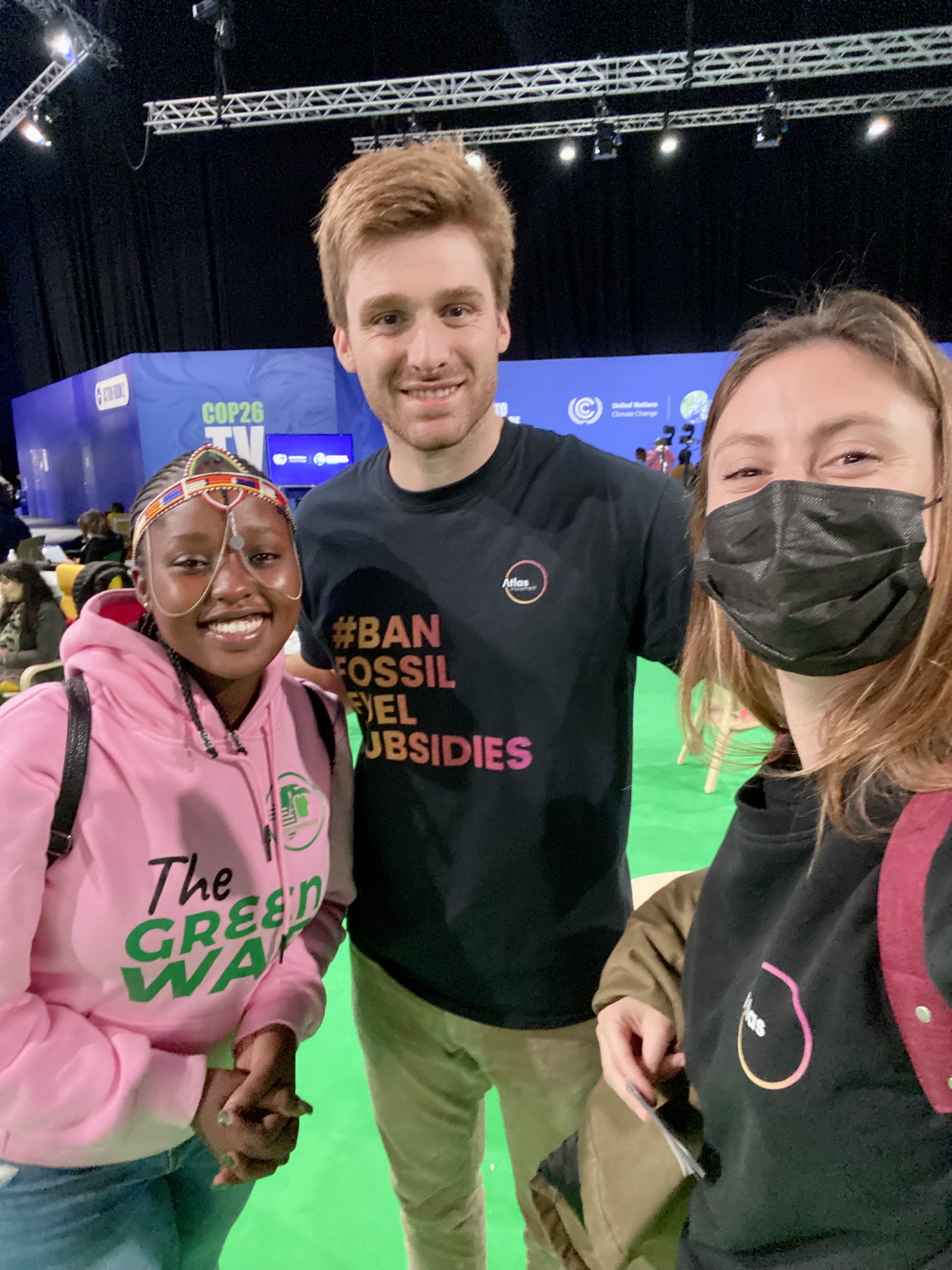 Sooo we spent 12 hours in Glasgow.  We decided to use this opportunity to launch our campaign to #BanFossilFuelsSubsidies (take a minute and sign it), meet key partners & champions, understand better the behind the scenes of climate negotiations and come back without paying thousands of £ for the night. 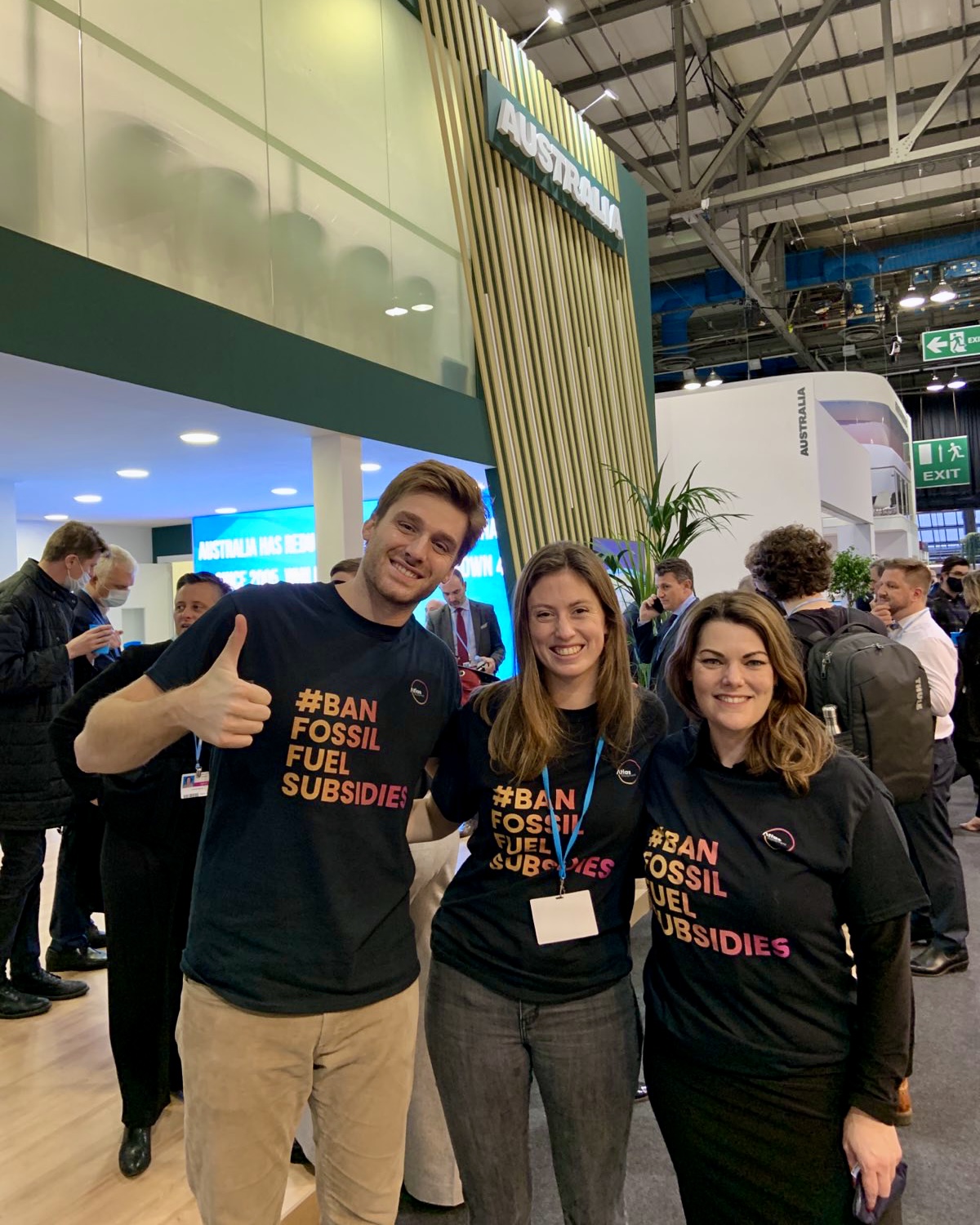 This means we kicked off the day by meeting with some of our partners, like Senator Hanson Young, Kevin Mtai and Anita Soina; to discuss how this campaign would impact their country & prepare some communication material!  We also walked around with t-shirts for people to "scan us" and ban fossil fuel subsidies. 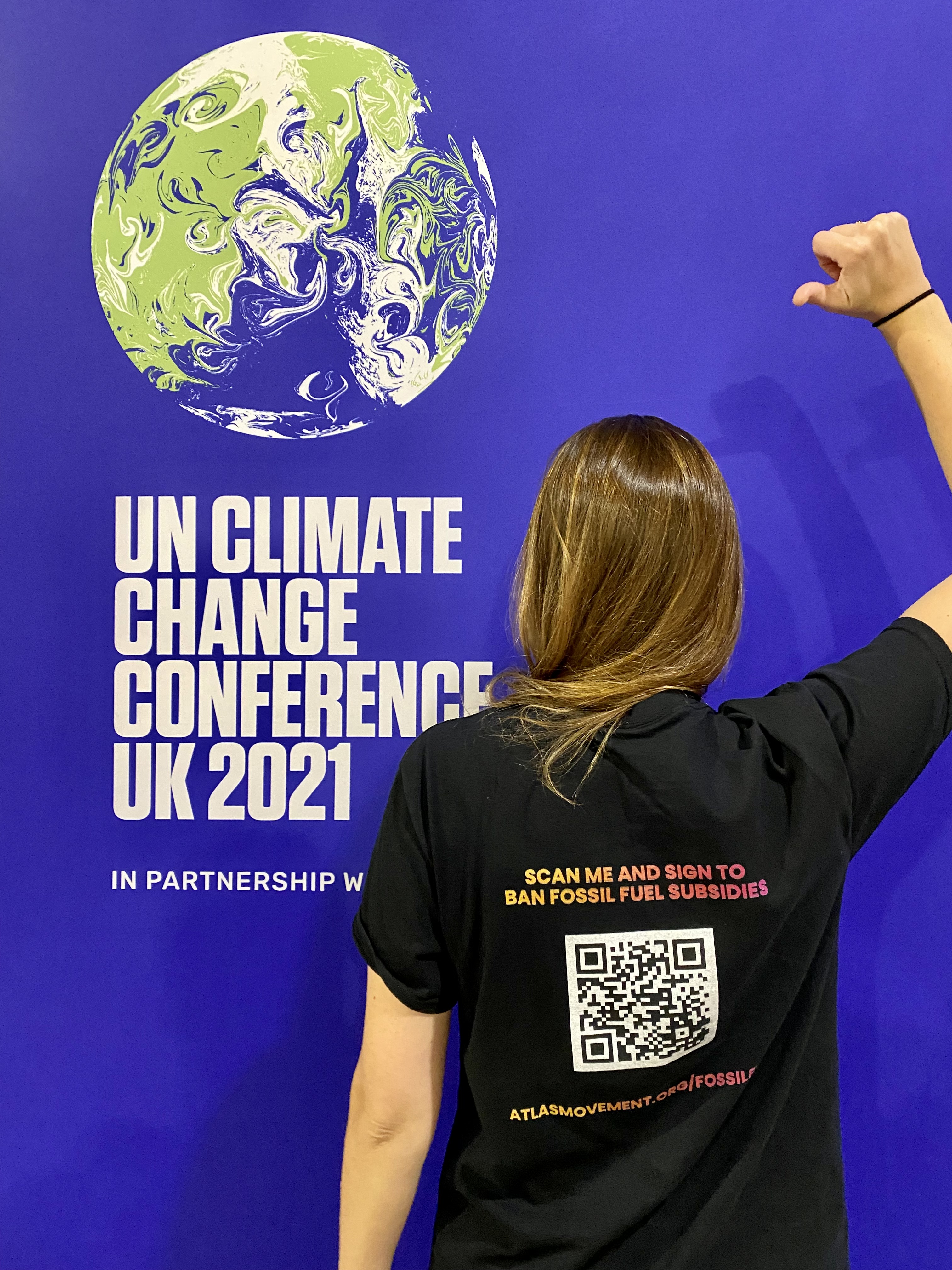 We are preparing some cool videos and material out of it, and will post them ASAP.

Since we are not involved in the negotiations, I honestly don’t think that staying much longer would have been useful. We realized that a lot of people would just be hanging there for two weeks, with no clear aim, were not promoting a specific agenda nor participating in the negotiations. This raised the question for me of the real cost of such a conference: emission and money-wise.

One of Atlas’ members, Pauline, will represent us there next week and I think her take will be extremely interesting as she will stay longer. For me: I got to see some awesome people trying to do their best, and hoping that after a disastrous G20 summit we finally get the global leadership we deserve, and radical climate action to save the planet.