Is this the last National Day that Hong Kongers will celebrate as free people?

This article is co-authored by Colombe Cahen-Salvador, Joshua Wong and Andrea Venzon and was originally published in the Hong Kong Free Press. Click here to read the original piece.

“Now, Hong Kong people are to run Hong Kong. That is the promise… and that is the unshakable destiny.” With these resounding words, 23 years ago today, Lord Patten, the last British Governor of Hong Kong, handed back the city to the People’s Republic of China (PRC), ending 156 years of British colonial rule over the territory.

Lord Patten was not dreaming about a far-away, idyllic future for Hongkongers. Under the Sino-British Joint Declaration, rights, freedoms, and a pathway to democracy were supposed to be guaranteed for Hongkongers. 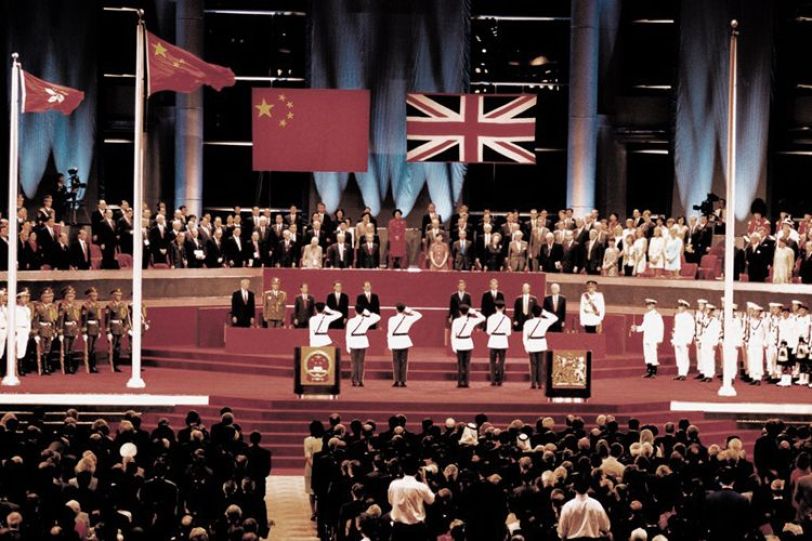 While HKSAR Establishment Day is celebrated on July 1 each year, commemorating the transfer of Hong Kong to China and the establishment of the Hong Kong Special Administrative Region, this day has been marked since 1997 by a march demanding universal suffrage and calling for civil liberties.

But will this year’s rally be the last one taking place in a city with few remaining rights? Just about two decades after its establishment, the “unshakable destiny” of Hong Kong seems feeble.

Since the Chinese government resumed the exercise of its sovereignty over Hong Kong, the increasing assertiveness and boldness of China on the international stage has translated into a progressive erosion of Hong Kong’s civil rights and freedoms that were supposed to be granted by the 1997’s agreements.

Since 2012, the democratic development promised in the Joint Declaration came to a definite halt, and the Hong Kong administration – mostly dependent on and controlled by Beijing – actively tried to implement typical features of the Chinese Communist systems in Hong Kong, starting with the electoral and educational system.

The increasing iron-fisted interventions in local affairs spurred the 2014 so-called “Umbrella Revolution,” to counter – without success – stringent proposed reforms in the electoral system, the 2016 mobilisation to protest against the exclusion of pro-democracy legislative council representatives from government, and last year’s massive protests against the so-called extradition bill. 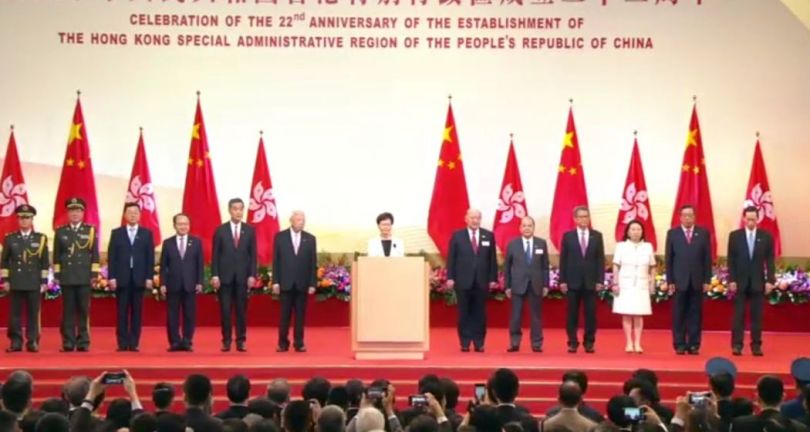 History is often said to repeat itself, and it is not the first time that Beijing has sought to destroy any form of dissent supporting freedom for autonomous or special administrative regions. Indeed, the occupation of Tibet (or Peaceful Liberation, as described by the PRC), which started in 1950, offers a sneak peek of what might, or probably will, happen in Hong Kong.

From the start of the invasion, Beijing cracked down on the Tibetan model of governance and the traditional way of life. From seeking to replace the language, to forcing the Dalai Lama into exile, China left no room for dissent.

Now, 60 years later, the destinies of the rooftop of the world and the harbour by the sea seem more alike than ever. Indeed, the sign hailing “Yesterday’s Tibet, today’s Hong Kong” is frequently displayed during protests in the city under siege.

The warning seems to be substantiated. As soon as public attention shifted to Covid-19 and away from the democratic struggles of last year, Beijing moved swiftly to propose and approve the infamous “Hong Kong National Security Legislation.”

While this legislation officially seeks to prevent external interference in Hong Kong’s affairs and criminalise acts that threaten national security, it will heavily curtail the remaining bits of freedom of expression, protest, and the international community’s ability to support the struggle.

It will also allow Beijing to establish a security agency in Hong Kong, and require the chief executive to send periodic reports on national security. In practice, it has mainly been viewed as potentially lethal to Hong Kong’s remaining freedoms, wrecking the special status and protections enshrined in the Sino-British Joint Declaration and the city’s Basic Law. 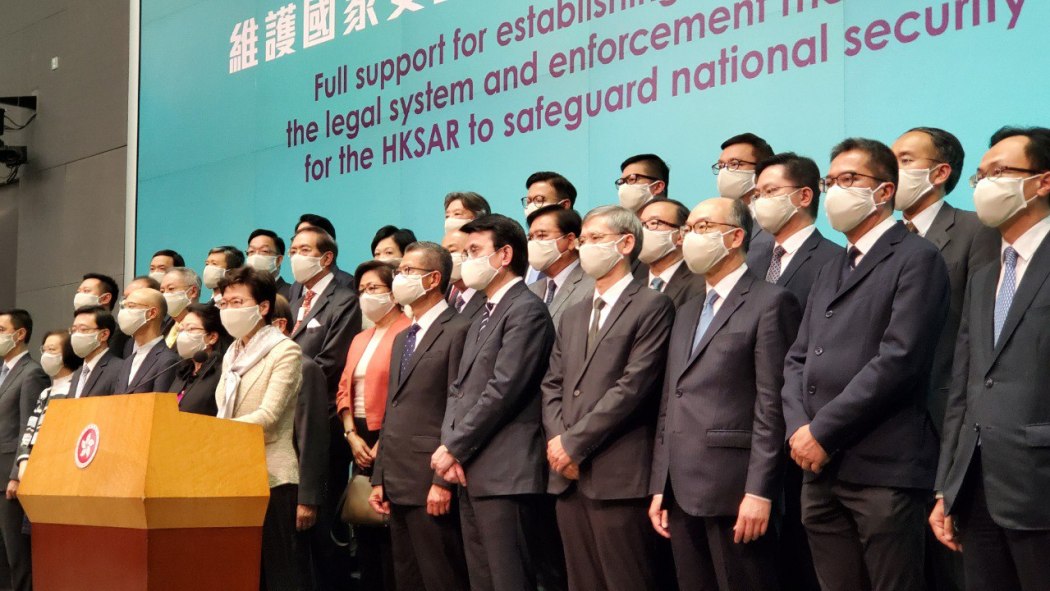 With the Legislative Council elections looming, September will mark the next decisive milestone for the future of Hong Kong, and to a certain extent, for the world as a whole. Indeed, by having enacted the national security law, Beijing can now arbitrarily disqualify pro-democracy candidates from running.

De facto, such a development would mean the end of one of the last beacons of democracy in Chinese territory since the 1989 Tiananmen square movement demanding deep democratic reforms in Beijing was crushed under the regime’s tanks.

Back then, at the height of the protest, one million people joined the demonstration. But Beijing used its power to stop them: during the massacre, hundreds if not thousands died when tanks and armoured troops stormed the square, and many more were injured or jailed.

Some might dismiss these considerations as dark omens never to happen again. However, it is no exaggeration to say that a similar play can realistically unfold in Hong Kong, if the situation is left unchallenged.

It is fundamental to acknowledge the threat the liberal order is facing is unprecedented. Never since Napoleon’s France has the most-likely-to-be next–superpower of the world not belonged to the democratic and liberal order.

As in the typical fashion of 19th-century European empires, China has tried to subjugate any diversity or dissent in its territory, in autonomous regions, and special administrative regions.

In Xinjiang, China has detained, tortured, and denied due process to millions of ethnic Uighurs and Muslim minorities in detention camps to eliminate local language, religion, and culture. LGBTI+ people also face the monstrous abuse of forced “conversion therapy,” and human rights defenders and their family members are subjected to regular surveillance and harassment. 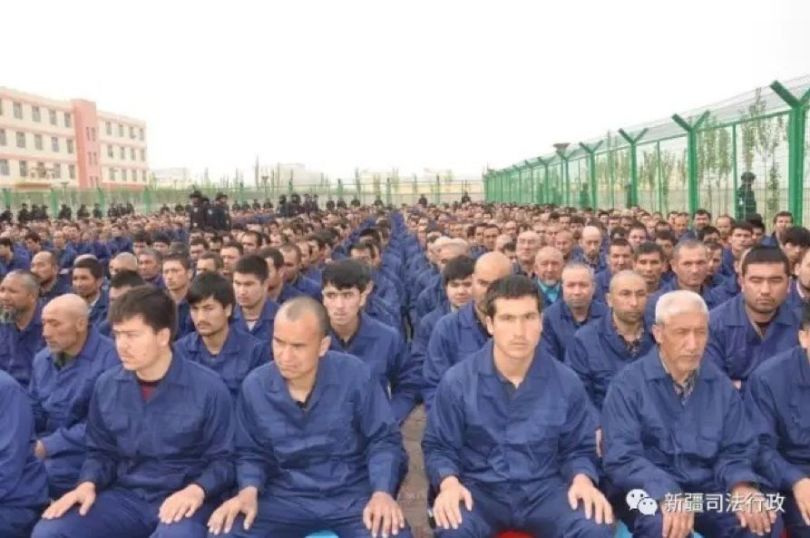 Even Buddhist and Taoist temples and statues, along with mosques and churches, have been damaged or destroyed under the direction of the government. Dissident thinkers simply have no space in Chinese society. “You don’t reason with intellectuals. You shoot them,” Napoleon once said. Two centuries later, Beijing seems to be turning the clock back to a darker time.

But China winning its war on democracy and civil rights in Hong Kong would not only be terrible for the harbour by the sea; it would have long term consequences on the world as a whole.

With an increasingly inward-looking US, bewildered by its domestic problems, China has more grounds than ever to expand its totalitarian model across the globe. Its economic predominance has started to provoke cracks in the European Union, which is already struggling to keep the block out of the clutches of authoritarianism.

Greece’s main port is set to become the final bit of Beijing’s Belt and Road plan. Italy is likely to include Huawei in the development of its 5G network. Even the mighty Germany did not dare to postpone its upcoming summit with China despite the appalling violation of human rights in Hong Kong.

China’s unparalleled economic growth and its population larger than that of the American and European blocks combined means that there is little that could prevent it from becoming the prominent superpower of the next decades. This would come at the cost of human rights, democracy, and freedoms.

This disheartening picture is already playing out in some parts of Africa: China is the continent’s largest single creditor nation and the business ties of the Belt and Road project stretch from Sudan to South Africa.

As a consequence, African heads of states are progressively more silent on Beijing’s abuses: the continent’s leaders had trouble even condemning the mistreatment African migrants have recently faced in the southern Chinese city of Guangzhou. Given the increasing military presence of the PRC in Africa, the situation is likely to further worsen. 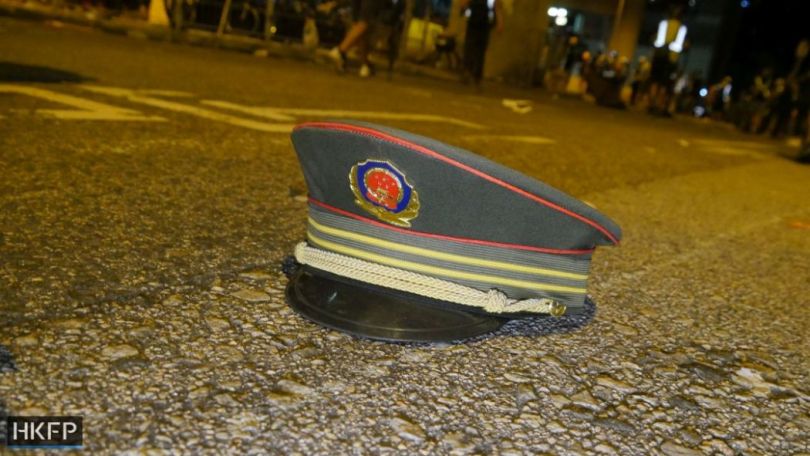 This dim picture can still be changed, but for this to happen, democracies around the world cannot sleepwalk any longer. Hongkongers face the combat of David versus Goliath, and the international community must come to support them.

Given the increasing constrictions on Hong Kong’s civil rights and freedom, pro-democracy activists and leaders in the semi-autonomous region have demanded a more significant involvement of liberal foreign governments to safeguard Hong Kong’s status.

Aside from the US administration’s steps in triggering the provisions of the Hong Kong Human Rights and Democracy Act on May 27, the international community’s response has been shamefully inadequate. For instance, the European Union only issued a ten-line watered-down statement on the topic.

Only decisive diplomatic and economic actions might keep the Red Dragon at bay. A spark, triggering the reaction of the international community, is needed. In this battered context, historical duties and responsibilities cannot be forgotten and will be fundamental in organising one last bulwark to stand by Hong Kong.

As the guarantor of the Joint Declaration, the United Kingdom still holds a key role. While its potential extension of citizenship to up to three million Hong Kongers is a promising first step, rights are not safeguarded by only offering refuge, but by tackling the issue at its source. No people should be forced to move, and no government should be left unchecked.

The UK has the power to coalesce international support on the matter in a manner that other countries have not been able to do so far, and prompt transnational sanctions that could make Beijing evaluate a trade-off between economic gains and the liberties of 7.5 million people.

In a way, number 10 has already indicated a potential way forward. In May, in an effort to find an alternative to Huawei’s 5G technology, it called for an update of the G-7, a coalition of major economic powers created in the 70s, to make it a D-10, a group of major democracies that share values and the appreciation of the global liberal order. This could be a global coalition to counter China’s acts of aggression. 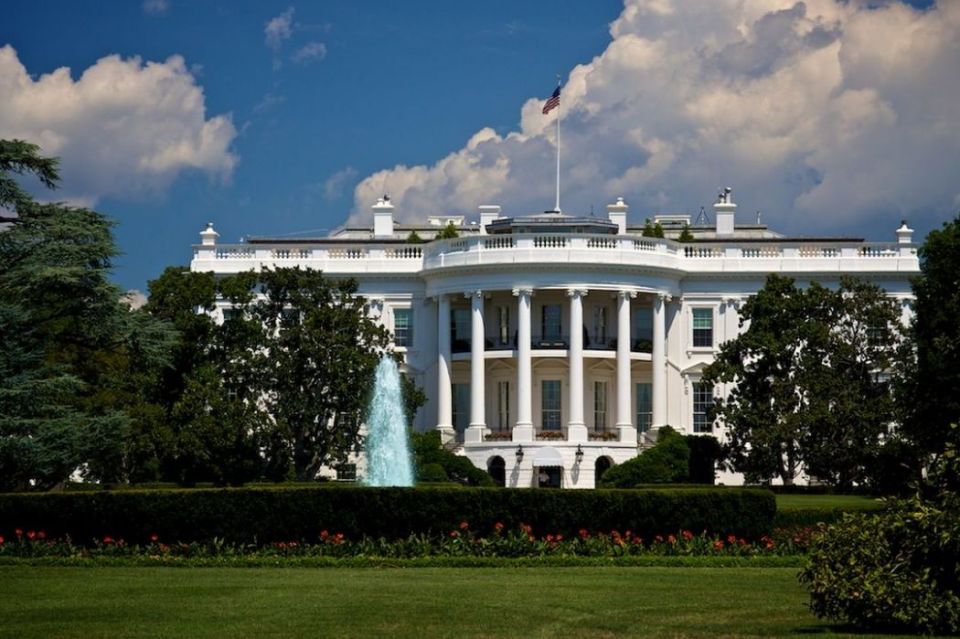 The upcoming G7 – which is forecasted to be hosted in September under American leadership – presents a perfect stage to trigger the debate. If a British push would manage to align just the G7 (and so almost 60 per cent of global wealth) behind the cause, the PRC might well calm its fumes.

During the 1997 hand-over ceremony, a young Prince Charles – representing the British Crown – stated: “We shall not forget you, and we shall watch with the closest interest as you embark on this new era of your remarkable history.”

For Hong Kong’s July 1st’s march demanding universal suffrage and calling for civil liberties to be successful and for the protests that gave hope to the world not to be crushed, now is the time to hand a sling to today’s David.

Joshua Wong was the secretary-general of the now-disbanded Demosisto. Andrea Venzon and Colombe Cahen-Salvador are co-founders of NOW!, a global movement pushing for humanity to work as one to solve the biggest challenges of our time.