PassBlue - Rosalía Arteaga, a Short-Lived President of Ecuador, Wants to Run Against the UN’s Guterres

This piece was originally published in PassBlue, and focuses on the work we are doing at Forward in presenting a people-backed candidate to become the next United Nations Secretary General. Click here to read the original piece. 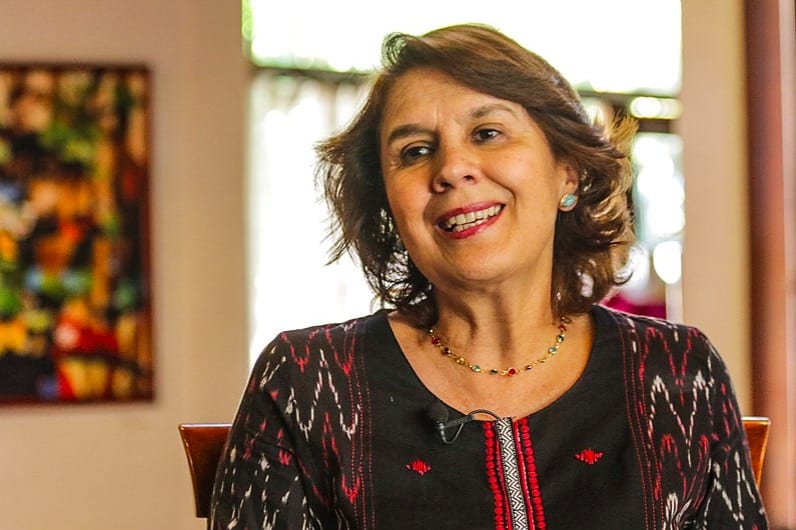 Rosalía Arteaga, a former Ecuadorean president, is planning to enter the race to be the first woman to lead the United Nations and beat the incumbent, Secretary-General António Guterres, through a “people-backed” campaign.

The announcement by the Forward campaign, a new movement based in London that is holding open, digital global primaries to find a “non-male” candidate, could be a game-changer in the so-far uncontested selection process. Arteaga, 64, is the first serious candidate to potentially join the race as a former head of state; however, she has not yet secured the backing of her government, which is an unwritten requirement that many of the 193 UN nations appear to be demanding.

“I am convinced of the importance and validity of international organizations,” Arteaga said in a press release issued by Forward and seen by PassBlue and Geneva Solutions.

“I believe that they are called to play a fundamental role in this society of the third millennium and the post-COVID era,” she added. “In this sense, women have a lot to contribute. The UN must be open to female leadership, be inclusive, and show that solutions can be generated based on a different perspective.”

Arteaga was Ecuador’s first woman to be president — albeit fleetingly, for two days in 1997 — and previously served as vice president from August 1996 to February 1997. She has often blamed machismo and misogyny for her short-lived presidency, explaining that she was unwilling to serve as an ornament for the de facto power in the country. Arteaga’s quick demise as president was a result of a power struggle — and her portrait was not hung in the government palace until 2018. “It was easy to overlook a woman,” she has said. “That reveals that there’s still a very strong macho culture in Ecuador and all over the world.”

Arteaga, who is a lawyer, was born in Cuenca and now lives in the capital, Quito. She was educated at the University of Cuenca and the Pontifical Catholic University of Ecuador. She has also served as a minister of education and an undersecretary of culture. She was secretary-general of the Amazon Cooperation Treaty Organization, an international organization dedicated to promoting sustainable development in the Amazon region.

The Forward team is also submitting a candidate for deputy secretary-general, Paula Bertol, 56, an Argentine legislator. Normally, a UN secretary-general picks his own deputy; currently it is Amina Mohammed, 59, of Nigeria.

Guterres, who turns 72 on April 30, is currently running unopposed for a second five-year term starting in January 2022. Other potential heavyweight candidates have so far shied away from the race this year as traditionally, secretaries-general win an easy second term, and at least two permanent Security Council members, Britain and China, have already openly expressed support for Guterres, as have regional blocs like the European Union. Guterres is a former prime minister of Portugal and led the UN Refugee Agency for 10 years in Geneva before heading to the UN in New York City in 2017.

Forward’s founders, Colombe Cahen-Salvador and Andrea Venzon, encountered some reluctance from other national leaders and top government officials to take part in the race, frustrated by the UN’s resistance to change. “Because it’s such an obscure and untransparent process, people don’t feel confident putting themselves forward,” Venzon told PassBlue and Geneva Solutions.

Cahen-Salvador and Venzon are, however, proud of the candidate they recruited and hope that Arteaga will be included in the process, but they are not taking it for granted. Ecuador is in the middle of a government transition, so Arteaga has yet to obtain a national endorsement, according to Forward. (Guterres has achieved that formality.)

The campaign approached Ecuador and other countries to support Arteaga, and Ecuador has shown interest in her candidacy, but it is unlikely to make a move until a new government is in place at the end of May, according to Venzon and Cahen-Salvador.

“We think that it’s natural that they show interest, honestly, considering the fact that she was a previous president and vice president,” Cahen-Salvador said in a phone interview. “She’s a very, very strong candidate. They’re informal conversations [with Ecuador and other countries], but they’re listening to us.”

Forward’s goal is to make the secretary-general selection procedure (some UN people are reluctant to call it an election) more transparent and democratic following some reforms in 2016, ushering in 13 candidates, seven of them women. Official debates and interactions with all the candidates took place over most of the year until Guterres was recommended by the 15-member Security Council in October and the 193-member General Assembly approved the choice soon after.

Forward is also eager to see the UN have its first woman leader in its 76-year history.

Currently, there are six other self-nominated candidates, including a young, media savvy UN staffer and Canadian, Arora Akanksha, but their candidacies are not being recognized by the UN General Assembly and the Security Council presidents because the outsiders are not backed by a UN member state.

While Brenden Varma, the spokesperson for Volkan Bozkir, the president of the Assembly, said early this year that the process is guided by General Assembly Resolution 69/321, which does not preclude people from nominating themselves, he later backtracked by not publicly sharing the names of applicants lacking national backing. Recently, he said the presidents of the Assembly and the Security Council must agree to send a “joint” letter to the UN member states to release the names of the “applicants,” clarifying that it is a dual responsibility.

Geraldine Byrne Nason, Ambassador of Ireland to the UN and currently sitting on the Security Council, echoed the need for a candidate to be backed by a country: “Ireland will consider any candidates nominated by a UN member state — we will consider candidates on their merits,” she said in an email.

Forward said it would hold a 48-hour “digital confirmation” vote (people can register to vote on Forward’s website) starting on April 30, and it would then have a press conference about the next steps to share Arteaga’s vision as secretary-general.

The campaign has also nominated a potential deputy secretary-general, Paula Bertol, an Argentine lawmaker who most recently was her country’s permanent representative at the Organization of American States.

“This wasn’t against the current deputy or whatsoever,” Cahen-Salvador said of the Bertol candidacy. “It was more a question of the new secretary; if it’s a new one, we’ll be appointing Bertol as deputy.”

While no country has shown any appetite to push for a competitive race, as none of the UN’s 193 member states has acknowledged any of the current self-nominated candidates, many countries have expressed their desire for the process to be more democratic. In a General Assembly meeting on April 23, at least a dozen countries and regional blocs repeatedly said the UN needed to follow a more democratic path, but no one said it had to happen now.

On May 7, Bozkir will conduct an informal dialogue, which is part of the General Assembly resolution guidelines; the three-hour interaction with Guterres as the only candidate is supposed to involve civil society asking questions.

On April 5, the Forward movement sent a letter to Bozkir and the president of the Security Council, which this month is held by Vietnam, to “not initiate the procedures for the selection of the Secretary-General before the conclusion of the Forward process in mid-May.” Bozkir’s spokesperson said the office did not receive the emailed letter.

Venzon said: “We didn’t receive any reply, which in a normal world I would say would be very disappointing, but in the process of the UN, we find it completely normal. We didn’t expect the reply."

This article was written by Stéphanie Fillion and was originally published by PassBlue. Maurizio Guerrero also contributed reporting to this article.